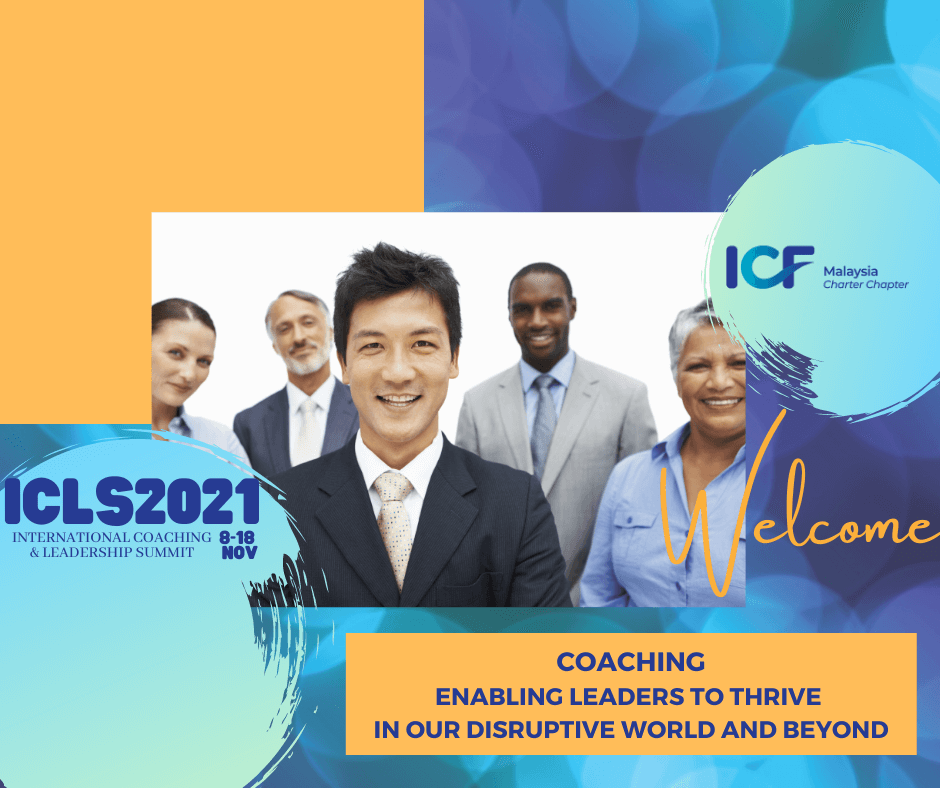 COACHING: ENABLING LEADERS TO THRIVE IN OUR DISRUPTIVE WORLD AND BEYOND

DISCOVER…
CONNECT…
GET INSPIRED…
ICLS 2021 Virtual Event brings you an opportunity of immense discovery, connection and inspiration, with sharing, networking and growth potential, whilst learning together among the most elite leadership and coaching minds in Asia and the global business & coaching community.

Join us at this year’s ICLS 2021 Virtual Event as we venture forth together to make tomorrow’s leader an impactful contender in the new normal What role will you play in shaping that future?

THIS SUMMIT IS PERFECT FOR…
Leaders & Business Owners
Who want to build resilience & agility in their organization and who want to know & share best business practices in readiness for the new normal. (CEO, COO, CFO, CIO, CTO, CHRO, CPO, Executive Directors, President, Founder)

Managers & Supervisors
Who want to enhance the productivity & performance of their teams and to increase agility, develop sustainable transformation and share best practices and techniques in their organization. (Senior Managers, Departmental
Heads, Supervisors)

Professional Coaches
Who want to support and partner with leaders and businesses to thrive and succeed in the new normal. (Executive/Leadership, Transformation, Life, Career Coaches)

Consultants
Who want to update and add to existing knowledge and enhance their fields of expertise to support leaders, businesses and teams to thrive and drive success in the new normal (Trainers, Freelancers, Experts in their field,
Thought Leaders) 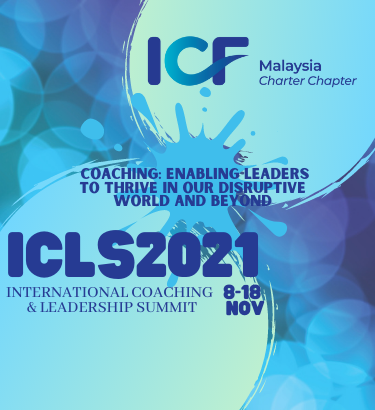 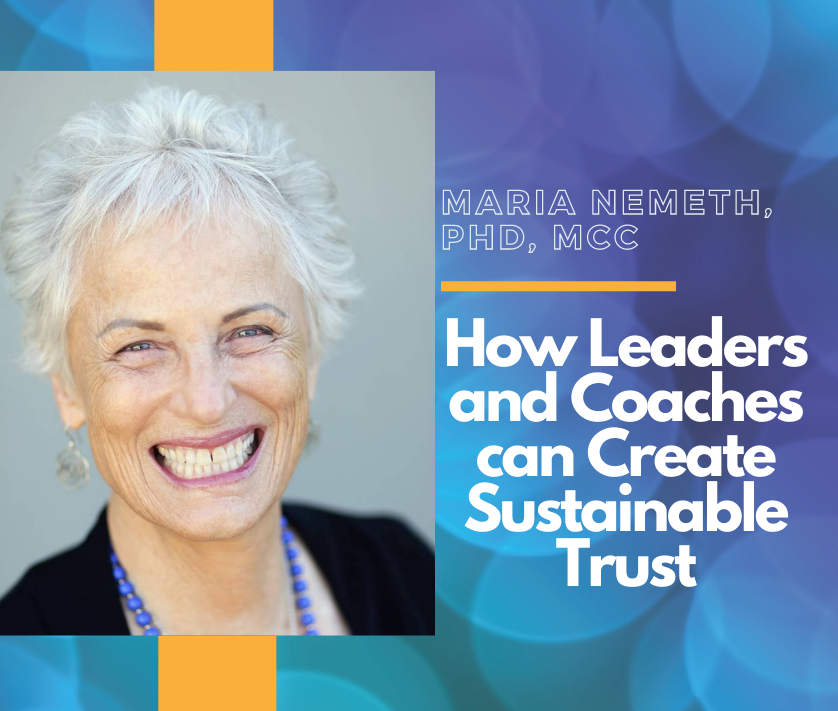 Maria Nemeth, PhD, MCC, helps purpose-driven people everywhere see their greatness and bring it all to life. Designed and refined over decades of work with people all over the world, her Luminous Life Method™ turns timeless wisdom into practical skills that have helped tens of thousands to live and serve with clarity, focus, ease, and grace.3
As Founder and Director of the Academy for Coaching Excellence, she has trained thousands of people worldwide in the non-profit, for-profit, and governmental sectors. She is an expert in leadership excellence, personal/professional development, and financial empowerment, whose work has been featured on The Oprah Winfrey Show. A lifelong agent of social change, Maria has contributed in areas such as civil rights, racial justice, women’s empowerment, and health & human services. Maria is the author of two highly-acclaimed books: The Energy of Money, available in five languages, and its follow-up, Mastering Life’s Energies, both of which have given people everywhere a way to begin putting success principles into immediate practice in their lives. 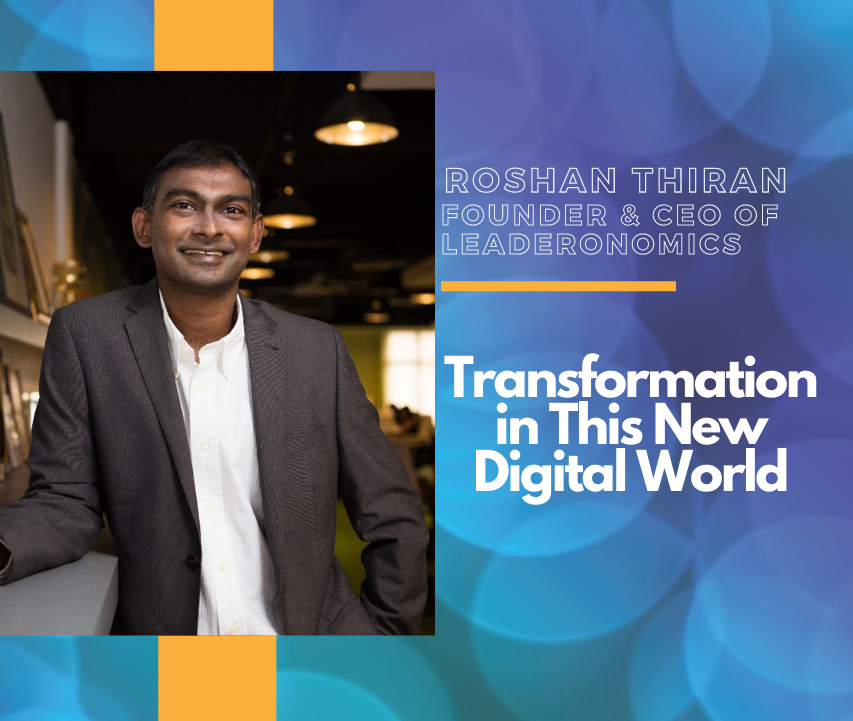 Roshan began his career with Exxon-Mobil in an operational role. He was later hired into General Electric (GE) and began his GE career at GE Investments in Stamford, CT, USA leading the start-up efforts of a mutual fund as an Investment Analyst. As part of the elite GE Capital’s Financial Management Program (FMP), he had various Finance assignments with various GE Capital businesses, GE International in Shelton CT and also led an integration effort at GE Global Compression Services in Dallas, TX.

Roshan then joined National Broadcasting Corporation (NBC) at its Rockefeller Center, New York City hub as News & Sports Analyst responsible for its shows and the MSNBC cable network start-up efforts. Roshan moved to London, UK, to take on a cross-functional pan-European role for GE Capital Europe focusing on integration of operations and processes in new acquisitions. Returning to the US in 1998, he joined GE Corporate Initiatives Group (CIG), GE’s think-tank, as project manager for GE’s global Y2K efforts.

In April 1999, Roshan moved to Malaysia as Executive Director of GE Engines Services Malaysia (GEESM), successfully transforming a non-performing aviation business. In 2001, Roshan took on a leadership development role with GE Crotonville as its Learning Leader, helping to restructure its global leadership programmes.

He has won numerous awards in business, HR and leadership development, including a Global HR award and the Malaysia HR Leader Award. Roshan currently hosts his own shows, writes for various newspapers and global journals and has a weekly radio segment. He is a key thought leader in the field of leadership and business and frequently speaks at global conferences.