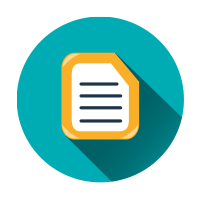 Originally from England, Mark has lived in Asia for over 25 years and after a successful career with Unilever, which culminated with him being the Commercial and Finance Director here in Malaysia, he formed South East Asia’s most successful transformational training and coaching organisation 20 years ago. In the past 10 years he has increasingly focused on coaching and after a two year review of the world’s coaching industry, brought the highly respected Newfield school of coaching and Ontological coaching to South East Asia.

Mark coaches some of the region’s most senior corporate leaders and now leads Newfield Asia where he teaches the Newfield curriculum.  In addition to leading an ICF ACTP school, he and his partners deliver Petronas’s senior leadership workshops here in Malaysia, while Mark designed and leads their Emerging Leaders program. Mark also led the design of the character building and work ethic modules for Malaysia’s national service program which was eventually delivered to over 850,000 teenagers.

Mark has worked and coached all over the world but has a passion for coaching in Asia. His original business degree was from the UK’s Warwick business school and he has recently completed a Master’s Degree in Applied Psychology from the University of Liverpool, also in the UK.  Mark is a PCC certified coach with the ICF, an NLP practitioner, and is certified to lead MBTI, FIRO-B and TRE (Tension Release Exercises). Mark is an engaging and thought provoking speaker. Be prepared to be inspired, challenged and surprised.